Freemasonry is a society of men concerned with moral and spiritual values and is one of the World’s oldest secular fraternal organisations. Its history in this country dates back over three centuries, and our members are taught its profound precepts by a series of ritual dramas which follow ancient forms and use stonemasons’ customs and tools as allegorical guides. Freemasonry is a private society, and similarly our lodge meetings are private and only Freemasons can attend, and new members make solemn promises concerning their behaviour both in the Lodge and in society and promise to keep confidential the manner in which they recognise and identify themselves to each other as Masons when visiting other Lodges.

Freemasonry has traditional modes of recognition. All members are free to acknowledge their membership and can do so in response to enquiries for respectable reasons. Its constitutions and rules are available to the public. Like many other private societies, it regards some of its internal affairs as private matters for its members. Freemasonry in this country is governed and regulated by the United Grand Lodge of England from its headquarters at Freemasons’ Hall, Great Queen Street in London. 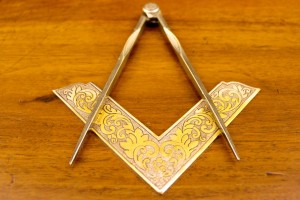 Membership is open to men of any race or faith who can fulfill the essential qualifications of a belief in a Supreme Being and who are of good repute. Neither is Freemasonry a religion, and whilst its principles are common to many of the world’s great religions, it is not a substitute for religion. Its members are expected to continue to follow their own faith, and it does not allow religion or politics to be discussed at its meetings. There are guiding principles that all Freemasons aspire towards in their lives and in how they contribute to Masonry and wider society.

One of the great benefits our members appreciate is that our Lodge meetings and the meals afterwards serve to bring together men of a like mind who share a common desire to relax from the pressures of life and work and to be involved in thought provoking and structured activities in a dignified, but enjoyable atmosphere.

Basic Freemasonry consists of the three ‘Craft’ degrees (Entered Apprentice, Fellow Craft and Master Mason) which are completed by the Royal Arch degree (also known as Chapter). There are many other Masonic degrees and Orders which are called ‘additional’ because they supplement and further expound and illustrate the principles taught in the Craft and Royal Arch, and many Brethren choose to join additional degrees as their Masonry unfolds.

The rituals and ceremonies used by Freemasons to pass on the principles of Freemasonry to new members were first revealed publicly in 1723. They include the traditional forms of recognition used by Freemasons- essentially to prove their identity and qualifications when entering a Masonic meeting. These include handshakes which have been much written about, and for medieval Operative Masons, they were the equivalent of a ‘PIN number’ restricting access only to qualified members.

Men become Freemasons for a variety of reasons, some as the result of family tradition, others upon the introduction of a friend or out of a curiosity to know what it is all about. Those who become active members and who grow in Freemasonry do so principally because they enjoy it. They enjoy the challenges and fellowship that Freemasonry offers.

For more information about Freemasonry please take an opportunity to visit the United Grand Lodge of England and the Leicestershire and Rutland Provincial Grand Lodge websites by clicking on the links on this website.

How do I become a Freemason

Freemasonry is without doubt the one of the world’s oldest non-religious, non-political, fraternal and charitable organisations and we are always ready to welcome new members who live and work in the Leicester area. You might think that to become a Freemason is quite difficult. It’s actually straightforward. You do not have to wait to be …

What Is Freemasonry How do I become a Freemason